Sydney Harbour During Vivid.
The lights with the movement of the Ferrys makes for great lightplay photos.
Taken with Canon 70D
f/5.6
10 sec exp
ISO 100 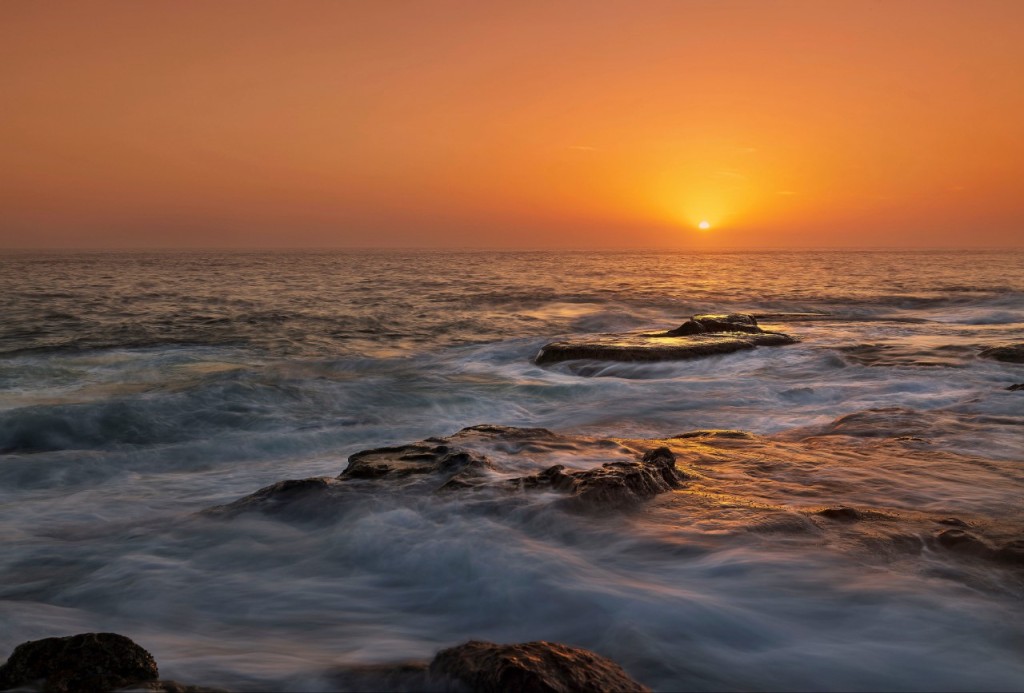 Jan19-42-Dudley Sunrise
f10
1/4 sec
ISO 50
16-35 @ 31mm
This particular day saw 6 of us venture out very early one morning to Dudley Beach in Newcastle where we were hoping to capture a lovely sunrise on the rocks.  We had to navigate down a very steep 450 metre bush track in darkness, then walk along the beach and over wet, slippery rocks for 15 minutes until we reached this spot.  The hike back up to the car park was rather challenging but at least it was made worthwhile with a shot I’m happy with.

Stream Waterfall
This little waterfall was taken in a stream at Charlotte Pass.
As it was a cold, rainy, windy day photo was taken on P setting
Settings made by camera were f/5 aperture,  1/40 sec shutter and ISO 250 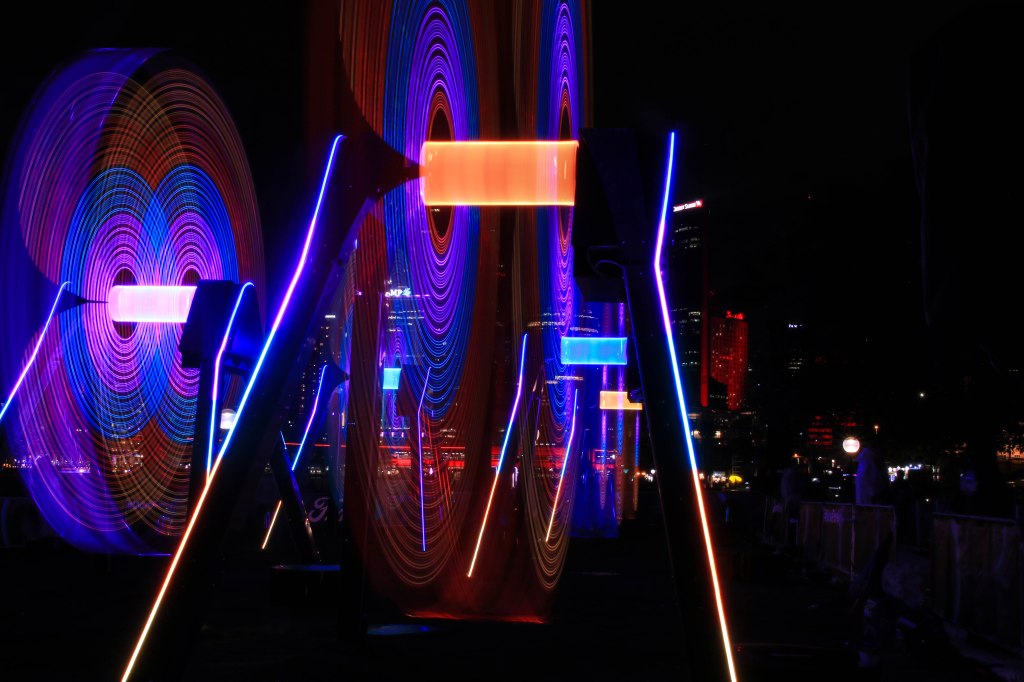 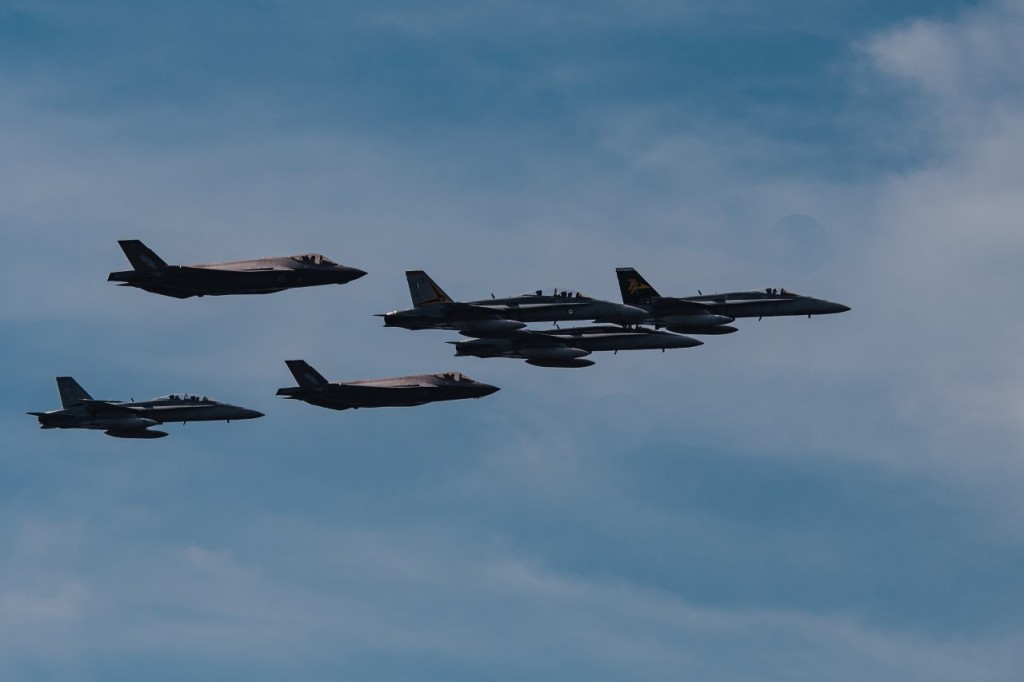